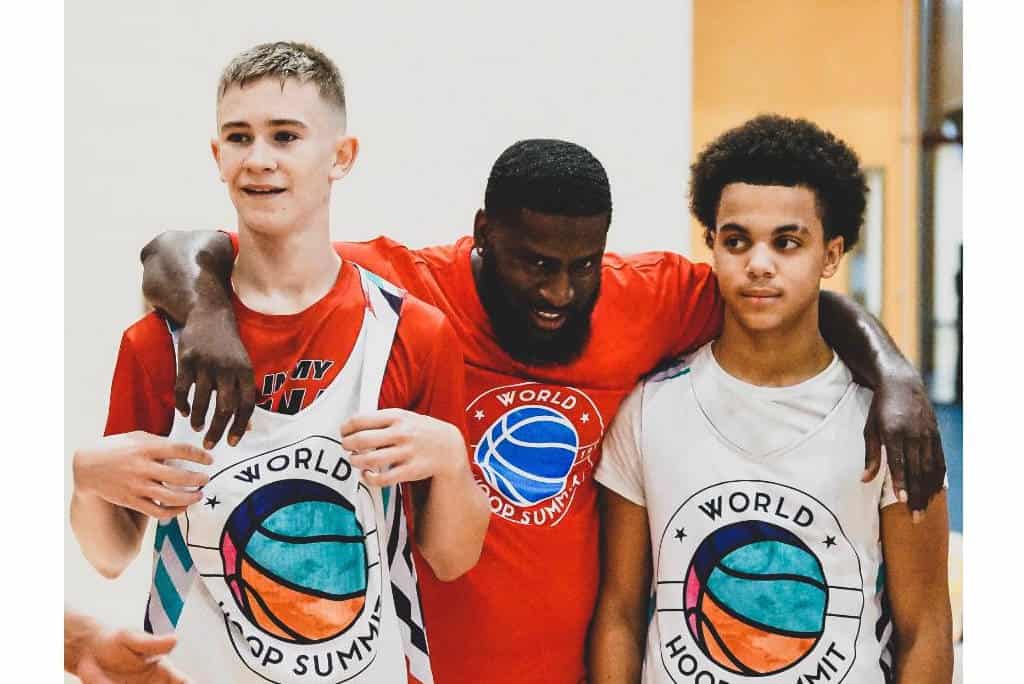 Today’s young athletes and parents have the game of basketball at their fingertips. The game has never been so accessible.

The entire country was whipped into a collective frenzy when the Raptors won an NBA championship. Already a growing sport in Canada among the younger generation, basketball is poised to explode even more from its current heights.

Today’s children are learning and participating in basketball at a much earlier age. And today’s parents are better educated about the game than the previous generation. They’re also more engaged, with many recruiting clubs for their child, scouting for trainers, and even partaking in Phil Jackson-like antics from the sideline.

Being a trainer and teacher of the game, I’ve noticed a theme across the athletes I meet, young and old. Many are overtrained and under-taught, especially at the middle school and high school levels.

“Get to this spot, do this move, make this pass, do this layup, wave your hand over this light, stack these cones, catch this ball, run through this obstacle course …”

Instructions that sound like a video game cheat code are called out to players, like magical keys that unlock an unbeatable move: “drop, invert, scissor step drag!”

I’ve seen practices that were scripted, recorded, and shared on social media.

Clout and recognition have taken priority over skill development and simply having fun. Too many people have fallen into this trap, and it cuts across coaches, parents, and players. To be seen doing “advanced” work has taken priority over development and learning the game. And I guess that work needs to be shared – because if others don’t see it, it never really happened, right?

Basketball is a team game. Players must learn, deeply, how a team needs to work to be successful: which is, as a unit at both ends of the floor. A player’s first priorities must be to learn how to communicate, be a good teammate, and be adaptive and coachable. That’s the foundation of learning the game. 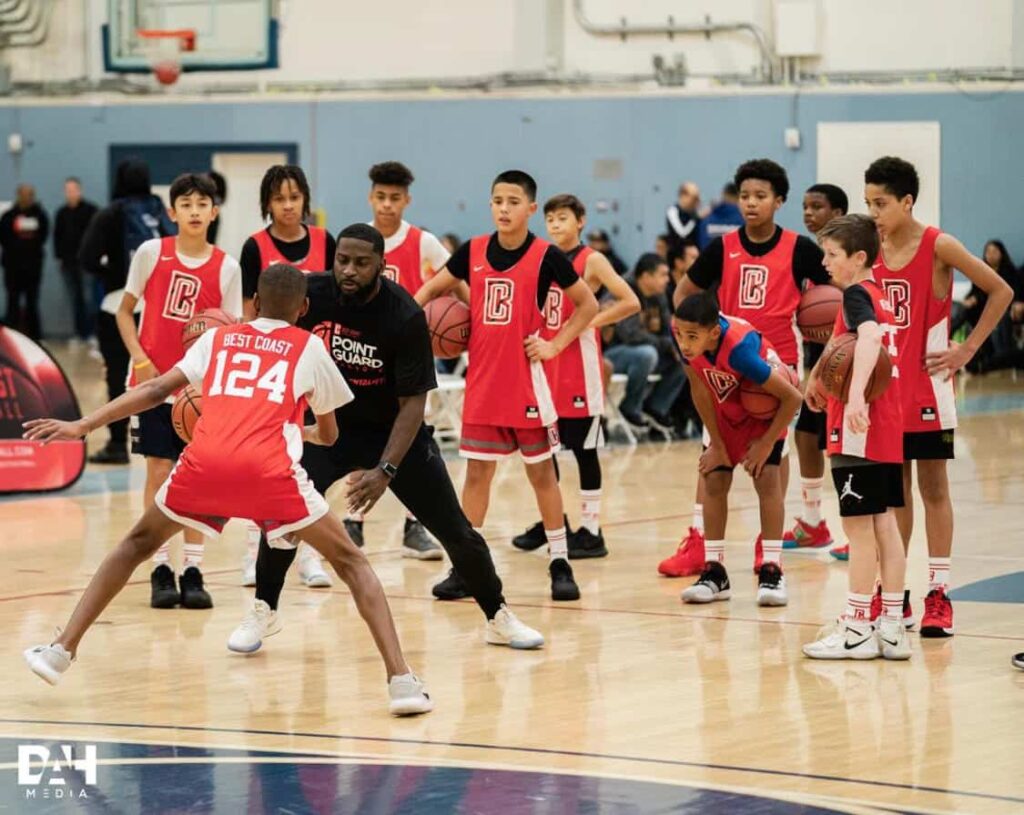 We live in an era in which young players develop early and fast, and skillsets are at an all-time high. Skills coaching and online content are an arm’s length away. Players can work out with trainers virtually and in-person. The reach is incredible.

But are they learning the right things?

Does it make sense that many players are learning breakdown moves consisting multiple dribbles and a variety of “Kyrie Irving” finishes? Those fancy layups look great, but is that what you need?

Content, good and bad, is right at our fingertips. Players can quickly search YouTube to find video of their favourite players, study them, and learn their moves. It’s amazing – truly. But what’s missing in all of this is the act of learning how to PLAY the game.

Focusing on the wrong things means that players aren’t learning how to pass, cut, pivot, defend, communicate, box out, shoot, and most importantly, compete.

These things used to be learned in the schoolyard, at the park and rec centres, and in pickup runs. But much of that has disappeared. The days of playing with a former player or ex-pro at the local park or rec centre are long gone.

It’s rare for a young player work on their game independently. Players will often share when they’re going to practice, or to see their trainer. We assume that skill development happens in these settings. But if those training our players aren’t teaching how to play with skill and the fundamentals, can we expect a successful long-term outcome? 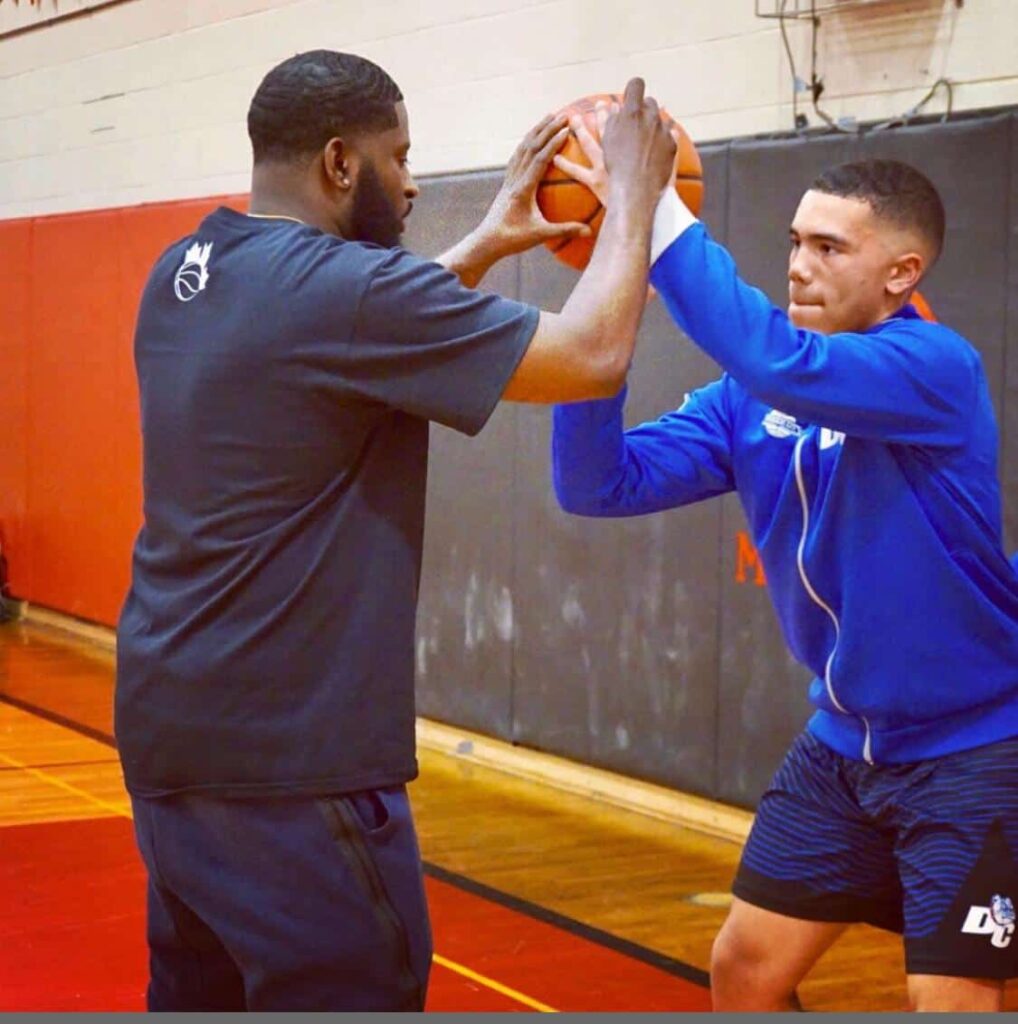 Winning games and championships in middle school must not take priority over the importance of developing the right way, and learning how to play the game. Players that are skilled and understand how to play will always separate themselves from those who’ve only developed in one area.

In your workouts and practices, you should hear terminology like help side, drift, lift, shake, spacer, fan, nail, short corner, and baseline 3. Hopefully you do.

But if what you hear sounds more like “drop, inverted drag, scissor inverted drag into a cross, Kyrie finish, James Harden step back, 2-3 zone, zone presses, 25 offensive sets, scoring only in transition, chase the lights and pin the tail on the donkey” … there’s a good chance you’re not doing the most effective work for your long-term success. It’s likely that what you’re learning won’t translate on the court, in real game situations. And it’s likely that you won’t learn how to play the game the way that coaches expect and demand at the next level.

We all want the best for our kids, and for them to excel at whatever they set their hearts and minds to. Why not make sure we give them the best tools to do so — with hard work, dedication, and good teachers of the game and life who aren’t about the clout?

Much can be learned from any craft treated with respect and commitment. Choosing development over winning leads to a growth mindset. Choosing effort over flash hones focus and intensity. And choosing to work out in a gym, unseen, refines character.

The hard-earned lessons from this game go beyond the court. They can — and should — provide a lifetime of benefits. When I think about my role in the process, I’m left with this conclusion: if all I’ve done is teach a kid how to play basketball, I’ve failed.