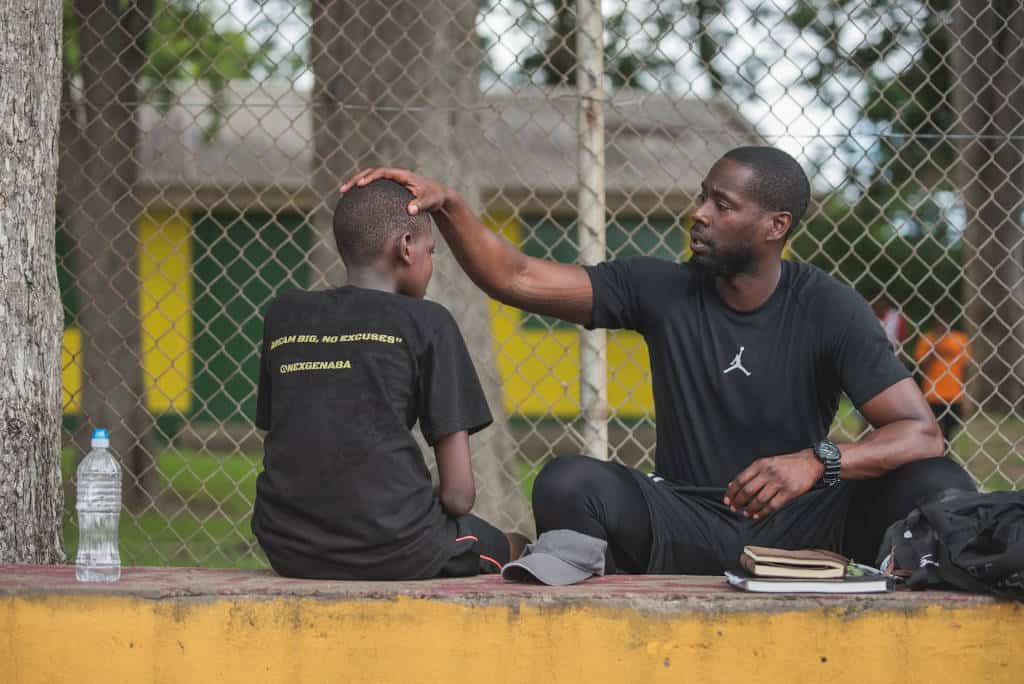 Athletes young and old understand that improvement requires time spent in the gym on the physical aspects of their sport. It takes reps to get better at ball handling, layups, and shooting. But physical work alone is not enough. Let’s explore some examples.

Consider two active players, and one retired: Seth and Steph Curry, and Ray Allen. Each is a specialist in the NBA three-point shot.

Were you to watch them in an empty gym, it’s unlikely you’d be able to make a case for any one being more skilled than the others. But in crunch time, with everything on the line, nobody has made more clutch shots than Ray Allen. In fact, in an end-game situation with their team down 3 points, many NBA players with this specific skill won’t even be on the court. 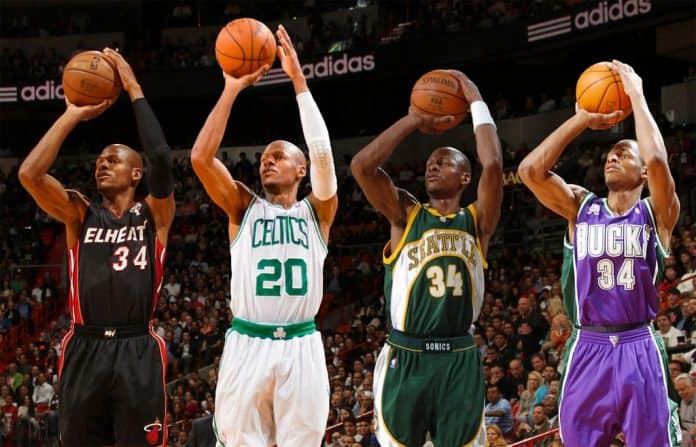 What is it that enables one player to stand out in their ability to hit the crucial shot in the dying seconds of a game, while similarly skilled players aren’t trusted to do so?

Facing elimination, Ray Allen buries a 3-pointer with 5.2 seconds remaining to send game 6 of the 2013 NBA Finals into overtime. The Heat would go on to win the game, and two days later, the series.

A lot goes into the making of a professional athlete. Years of physical training and healthy eating habits are essential to maximize potential and performance. But the gap between athletes doesn’t boil down to “which player trained and ate the best.”

The missing factor, and perhaps the most important when it comes to performing well under high pressure, is mental preparation.

Understanding why athletes with near identical skillsets and physical attributes perform differently is the aim of the study of “sports psychology”.

Never too high, Never too low…right in the middle.

OK, fair warning. We’re diving into deep waters for a minute. Hang with me!

Jennine Estes is a psychotherapist. In a 1979 study, she defines practical therapy as a system of psychotherapy that attempts to reduce excessive emotional reactions and self-defeating behaviour by modifying the faulty or erroneous thinking and maladaptive beliefs that underlie these reactions. (Beck, Rush, Shaw & Emery, 1979)

Simply put, this means that it’s important to explore the ideas that we have about ourselves, and knock down self-limiting beliefs that hold us back. When we believe the wrong things about ourselves, this impacts our emotional state, behaviours, and performance.

The findings from Estes’s study has led to the adoption of many Cognitive Behavioral Therapy (CBT) techniques in sports by psychologists, psychotherapists, and trainers.

The use of CBT for athletes has numerous practical applications since it focuses on the connections between an athlete’s thoughts, feelings and behaviours. The behavioural applications for CBT allow an athlete to set specific goals for their performance, and identify internal or external barriers to achieving their goals.

Tools such as these are key factors in developing the temperament of a “clutch” player, which enables an athlete to better perform under extreme pressure.

One of the most popularized examples of CBT techniques in a sports application came from a study conducted by Dr. Blaslotto at the University of Chicago. Dr. Blaslotto sought to measure the effect of visualization on performance.

In his experiment, a cohort of equally skilled people was split people into three groups, and each was tasked with getting better at shooting free throws over a 30 day period.

The first group practiced shooting free throws every day for one hour.

The second group did not practice shooting. Instead, they practiced visualizing themselves shooting free throws.

The third group did nothing.

After 30 days, Dr. Blaslotto reconvened the participants and had them shoot free throws. The results were astounding.

As you would expect, the third group had no improvement.

Also as you would expect, the first group did improve.

But what was unexpected were the results from group 2.

Without having set foot in a gym or touching a ball, the improvement of its members was equal to that of group 1!

This leads to an obvious follow-up question: what happens when you combine focused and committed physical training with rehearsed mental interventions from CBT?

There’s no surprise in the answer to this one: doing both accelerates skill development even more. Incorporating CBT techniques into your training offers significant advantages to athletes who desire to take their game to the next level.

Want to get better at your craft? Think and visualize it!